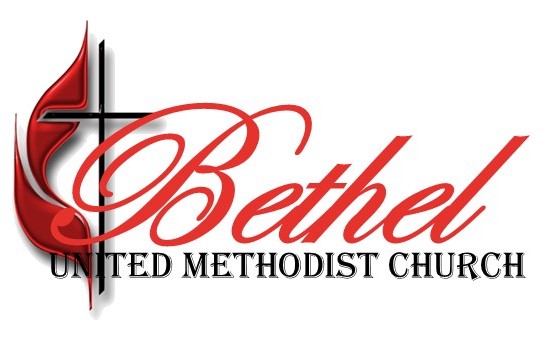 The early years of the life of the Bethel Church were lived in a sparsely populated rural community. Within the community, the church was the only “large” public structure. Naturally, the people of Bethel opened their doors to many individuals and organizations. This community spirit continues today. In addition, Bethel was the only church structure in a large geographical area. Always a Methodist congregation, the people who came to worship were from varied denominational backgrounds attending the worship center convenient to them. Everyone found welcome inside the church building. And, today, the people of this United Methodist congregation come from many denominational experiences and continue to find welcome.

This is our heritage. A Christian community with an open, receptive attitude toward people, and a sense of responsibility for our community. In the name of Jesus Christ, we know that we can differ on some issues of faith and still worship in love. While we give important attention to the world ministry of the United Methodist Church, we realize that there is good reason to reach out at home and help persons in need where we live.

Bethel was born in 1850. Mr. and Mrs. Burr Glasscock (Burr and Emsey) provided the land and the spiritual support. Burr was one of the members of the first Board of County Supervisors of Prince William County, and served as a lay preacher. Building materials were gathered by neighbors who completed the structure that stands today on the existing church property.

Bethel has been at the same intersection since the beginning. Originally, the facility sat on a small knoll across from the end of Smoketown Road; today, across from the Sunoco station in the middle of the road. In 1977, the Bethel Historical Society completed a successful fundraising program and had the building moved to its present sight. The Society continues to oversee the structure, having renovated and restored it. Visit the original Bethel Church and you step into a different time period.

The Civil War was a time of devastation for this region. Two major battles took place near Manassas and many lesser skirmishes touched the landscape of the county. The Glasscock’s residence was used as a military command center for awhile. The church building became a hospital. When the war ended, the faithful parishioners had considerable refurbishing to do.

In the earliest years, lay leadership gave strength to the congregation. Over the years, Bethel was part of a circuit joining other churches in the area under the guidance of the same pastor. Silver Brook and Dumfries were among the circuit connections.

Our history records indicate that Bethel was vibrant congregation in the 1920’s and 1930’s. During these years, the Women’s Christian Missionary Society was formed and a Sunday School was organized. Vacation Bible School became a regular summer event and children learned to sew in classes taught by the people of Bethel.

In the 1950’s, the Men’s Group became a reality and Christmas trees a special fundraising activity. The Men’s and Women’s organizations gave impetus to the formation and support of a youth ministry. The young people found meaning in doing service projects for the church and the community. An addition was added to the building – several classrooms and a small social hall basement.

By the mid 1960’s, the activity level and participation in worship had waned to a dangerously low number of people. There was concern about possibly closing the doors of the place that had meant much to Christ and the Prince William community. But the people of faith would not surrender. Bethel struggled but moved forward. Then the rural life came to an end with the development of Dale City, followed by Lake Ridge and Rollingwood Village. Bethel began to grow and grow. A new facility was completed on property adjacent to the original in 1977. A few years later, the size of the building was doubled to accommodate the people. Ministries, programs and activities increased rapidly. Bethel became a Christian community of great spirit.

We are not what we were in 1850. The community has changed and so has the church. Yet we maintain our heritage. The people of Bethel today come from a wide variety of denominational experiences to join together under the banner of United Methodist to create a wonderful ecumenical spirit. Just as in the beginning, the doors of the facility are open to a host of community organizations and events. And, as always, the church reaches out to its neighbors in need. 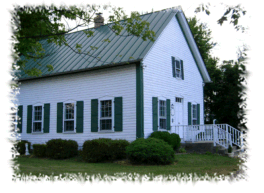